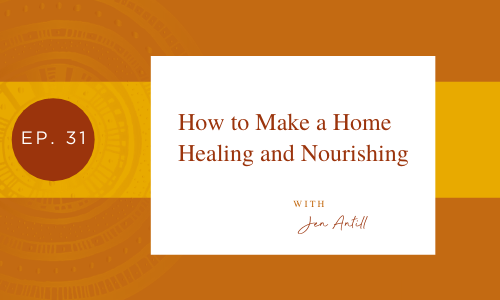 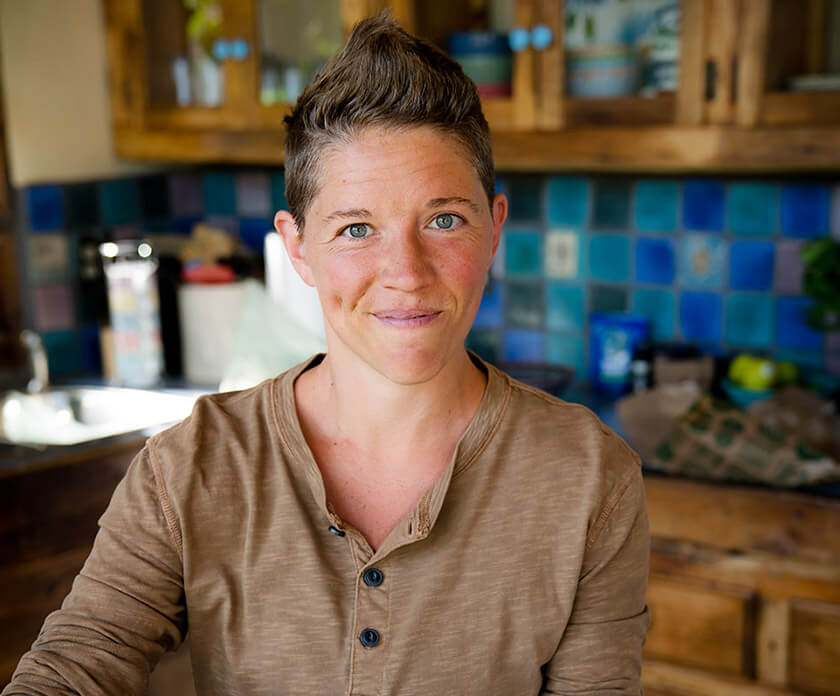 The Primal Pioneer Podcast teaches you how to improve the environment you live, work, and exercise in so you can achieve optimal health. Heathar’s leading-edge teachings and expert interviews with integrative health professions teach you the most effective, simple yet deeply transformative solutions to overcoming and preventing every chronic disease today. You’ll walk away from this podcast feeling invigorated, inspired, and confident about your body’s incredible and natural ability to heal! 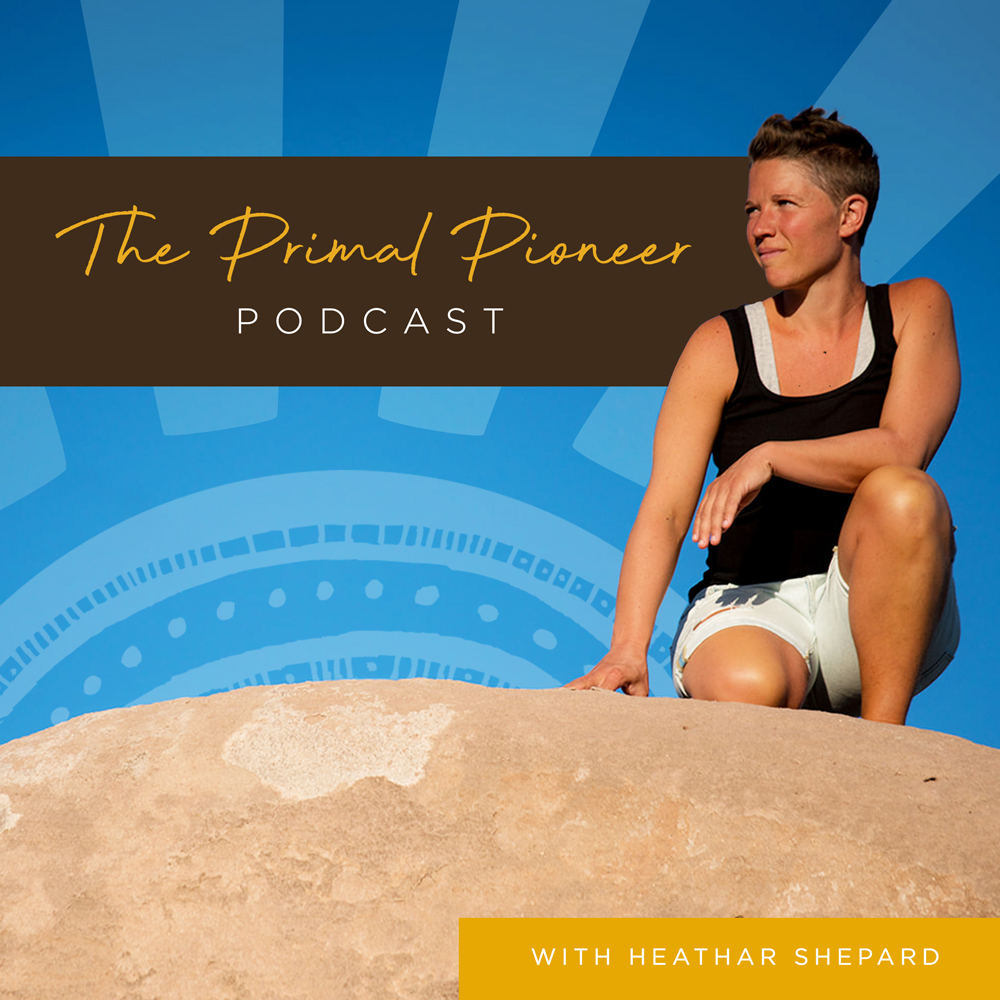 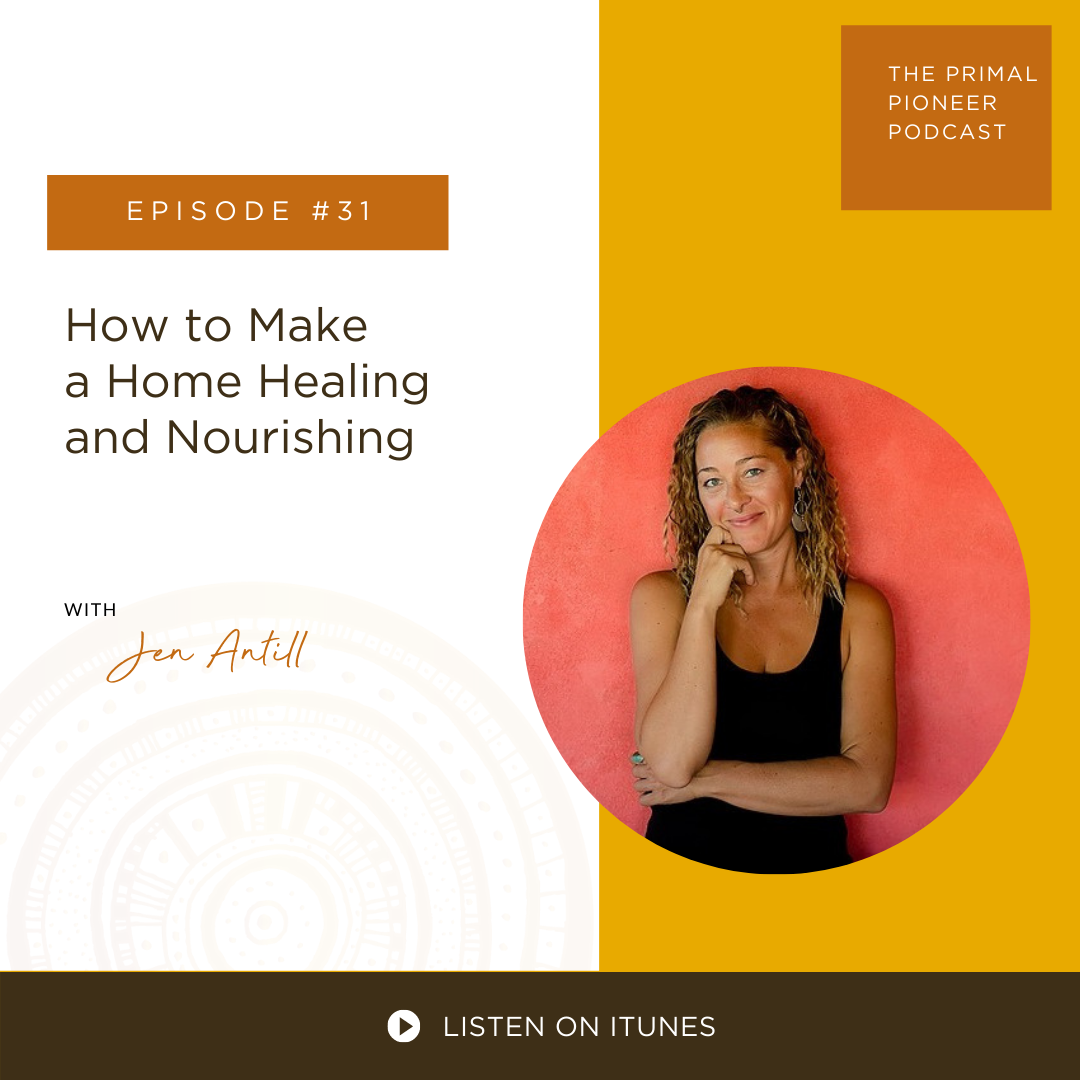 How to Make a Home Healing and Nourishing with Jen Antill

Today is a special episode, I have my fiancee Jen Anthill. Jen and I want to talk about our journey around home and finding home. In episode 31 of the Primal Pioneer, we are diving into our home journey regarding what makes a home healing and nourishing versus what sets up a home to be toxic and ultimately, causing negative health effects.

Listen on iTunes
Listen on Spotify
Listen on Google Podcasts

But before we dive right in, let me introduce myself in case this is your first visit. I am your host, Heathar Shepard and I am incredibly passionate about helping people JUST LIKE YOU find the health and happiness they truly deserve.

Besides being an alternative healer and integrative health coach, I’m also a Traumatic Brain Injury survivor who struggled for 10 years until I discovered the MOST important factor for overall health: the environment we live and work in. And in The Primal Pioneer, I share what 98+% of doctors don’t tell you (or don’t even know!) about true health and wellness. You’ll learn about the importance of sunlight, as well as the foods and eating cycles that heal the root causes of chronic disease. And in an age dominated by technology, you’ll discover how EMF mitigation can drastically improve your life.

Everyone has their healing journey with their unique struggles...but I’m here to give you all the tools you need to make that healing happen!

So if you’re ready to learn more about how to make a home healing and nourishing, then keep reading! And for even more details, listen to ALL of episode 31 of The Primal Pioneer on your favorite streaming platform. 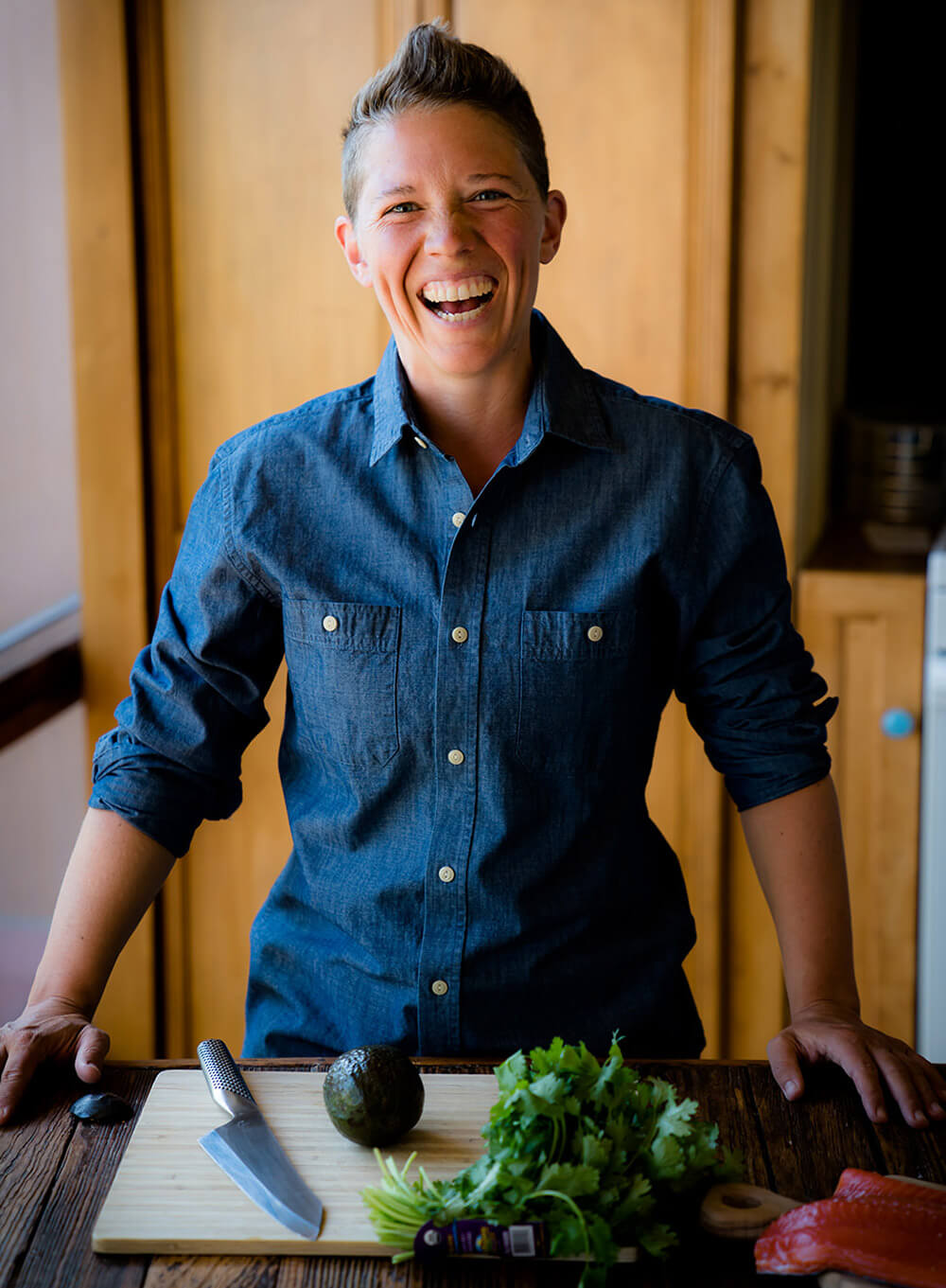 How to Make a Home, Point #1: The role that astrology plays in finding a healing and nourishing home.

Jen is an astrology counselor and she shares more on astrology as well as the impact that made on our recent journey to finding the right home for us. Jen shares that everything going on in the sky will impact people differently, a huge thing right now taking effect is Mars being in retrograde. Mars only goes into retrograde about once every two years, it’s not super common. When it’s retrograde, it lasts about two months. From September 9th to November 13th Mars will be in retrograde. As for anybody who isn’t familiar with the meaning behind a planet in retrograde, it means that a planet is calling us back or to go inward into something.

This is an inward time where we want to tend things that are on this planet, so Mars is all about passion, action, and courage. So when it’s retrograde, we go into a period of truly wondering if we are taking action, having courage, it’s re-evaluation. If you look at the questions around home, since it’s a deep passion and want for both of us, that’s Mars territory. Anything you deeply want or desire is Mars territory. As Mars went retrograde, we were really getting clear one what we want, the home and land to heal and nourish. This is a time where you ask yourself if you have the courage to truly go after what you want. In the past, both Jen and I haven’t done all we could to find the home of our dreams, we got discouraged and defeated. Now, we finally implemented the courage and action needed to find what we were looking for. 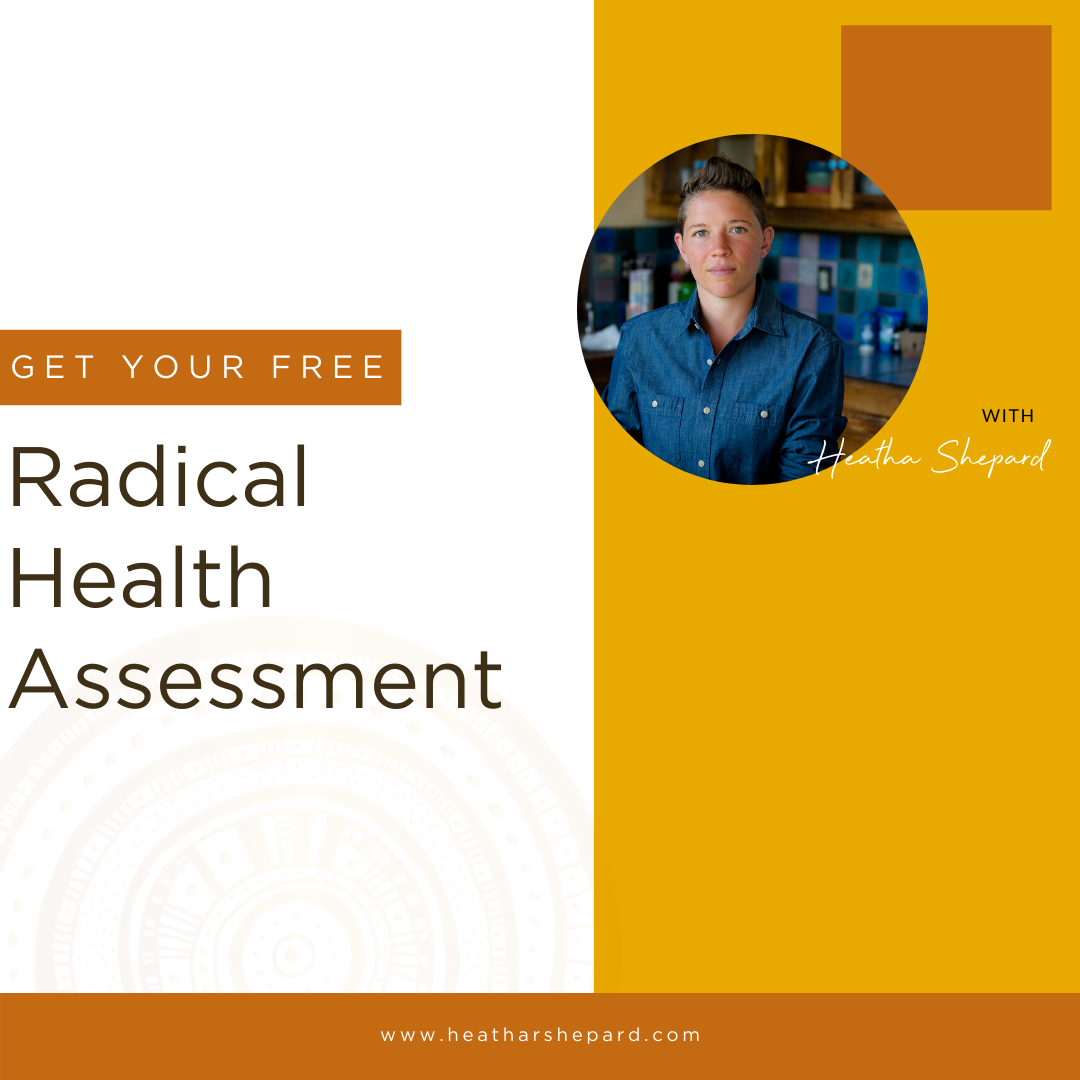 How to Make a Home, Point #2: You can’t heal in the environment in which you got sick in.

If there’s something in your home that has contributed to your illness and you changed your diet but that wasn’t the root cause of what’s making you sick, then you’re still living in a toxic environment. Before Jen met me, she was unaware of what to look for to make a home healthy or nourishing, she had lived in cities her whole life. Over the years, we’ve both discovered more factors and qualities to help make a home livable. For both Jen and I, we’re so aware of our surroundings. In regards to our past with the many homes we’ve lived in, we can recall so many toxic environments. I want to bring up a house we lived in recently, we just got back from Mexico.

We felt really amazing because they’re only at 3G with cell towers, it’s a lot less compared to where we were living. We returned to the states because of Covid-19, we were renting a home in a good neighborhood. We arrive in the home and start going for our daily walks, we go up to the water tower that feeds all the homes in this desirable neighborhood, and I see that they’re lined with cell panels. One day I saw people working upon the panels, and I sprinted up the hill and asked the guys if they were planning to put 5G, and they told me they are and they have a tower nearby that already has it. I ran back down the hill and told Jen about how the water we’re bathing in is literally irradiated. We had to move out, we can’t stay in a house like that. 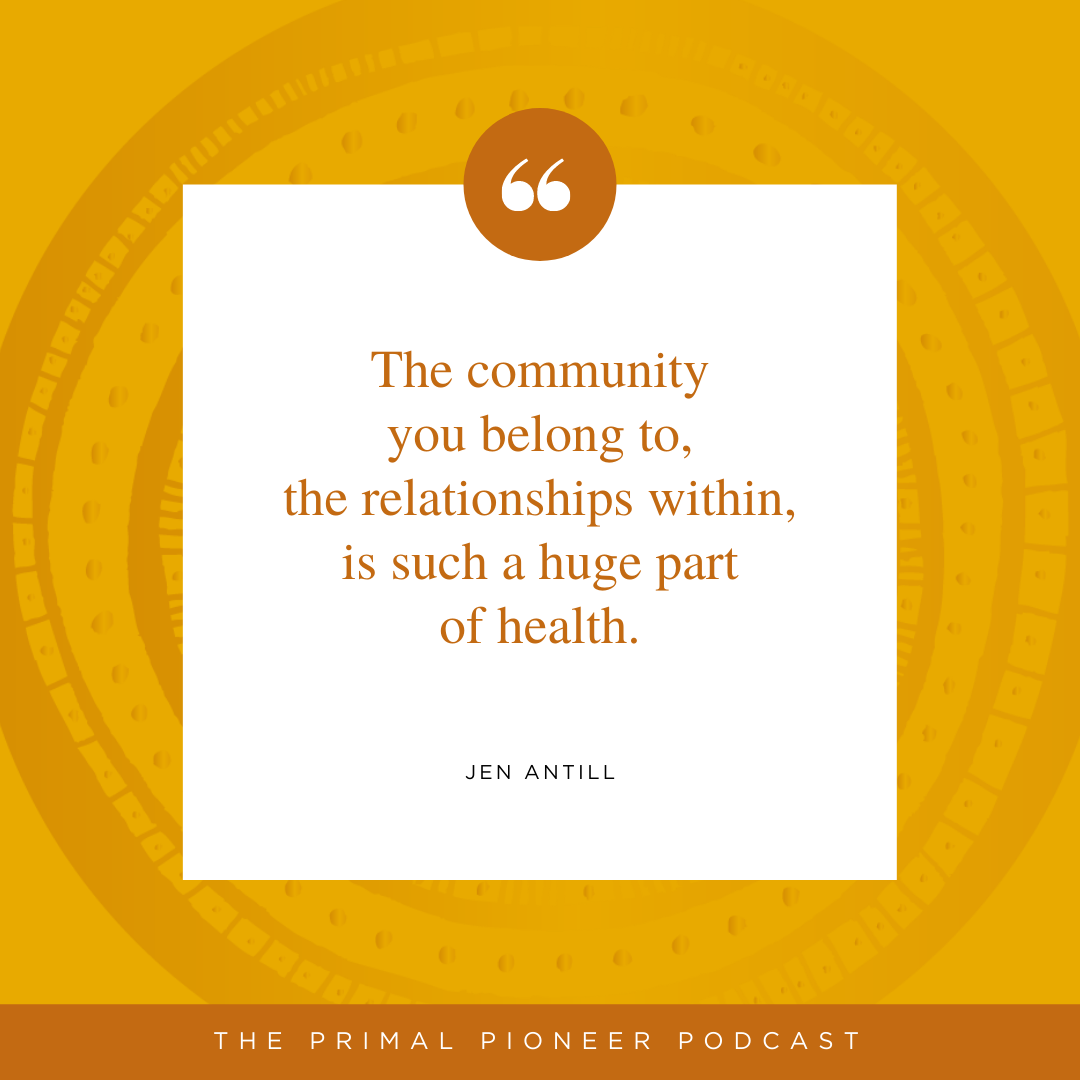 How to Make a Home, Point #3: Pay attention to your body when you’re in your home, become a detective. Check out where your water comes from, and whether there’s a cell tower nearby.

In that same home we rented, Jen began to experience vertigo and dizziness, which she never had in her life. If you’ve ever had vertigo, you know how intense it can be. Jen got very dizzy right at the beginning of moving in and her body was having a big response. Every time she showered, her skin was so dry. This made her instantly wonder what was in the water coming out of the shower. We both also struggled with our digestion, it was not normal at all. So let this be a reminder to pay attention to your body when you’re in your home and environment.

Become a detective, check where your water comes from, and whether there's a cell tower nearby. You can visit www.antennasearch.com and put in your address to see how many cell towers and satellites are in your area. If you do live near a cell tower, it can be helpful if you have a metal roof. This deflects the EMFs off of the home. Cell towers are so prevalent right now, but just know that they won’t always be long term. It's not sustainable. So as far as what we do when we look for a home we take into consideration the following - trees, metal roof, and natural water. 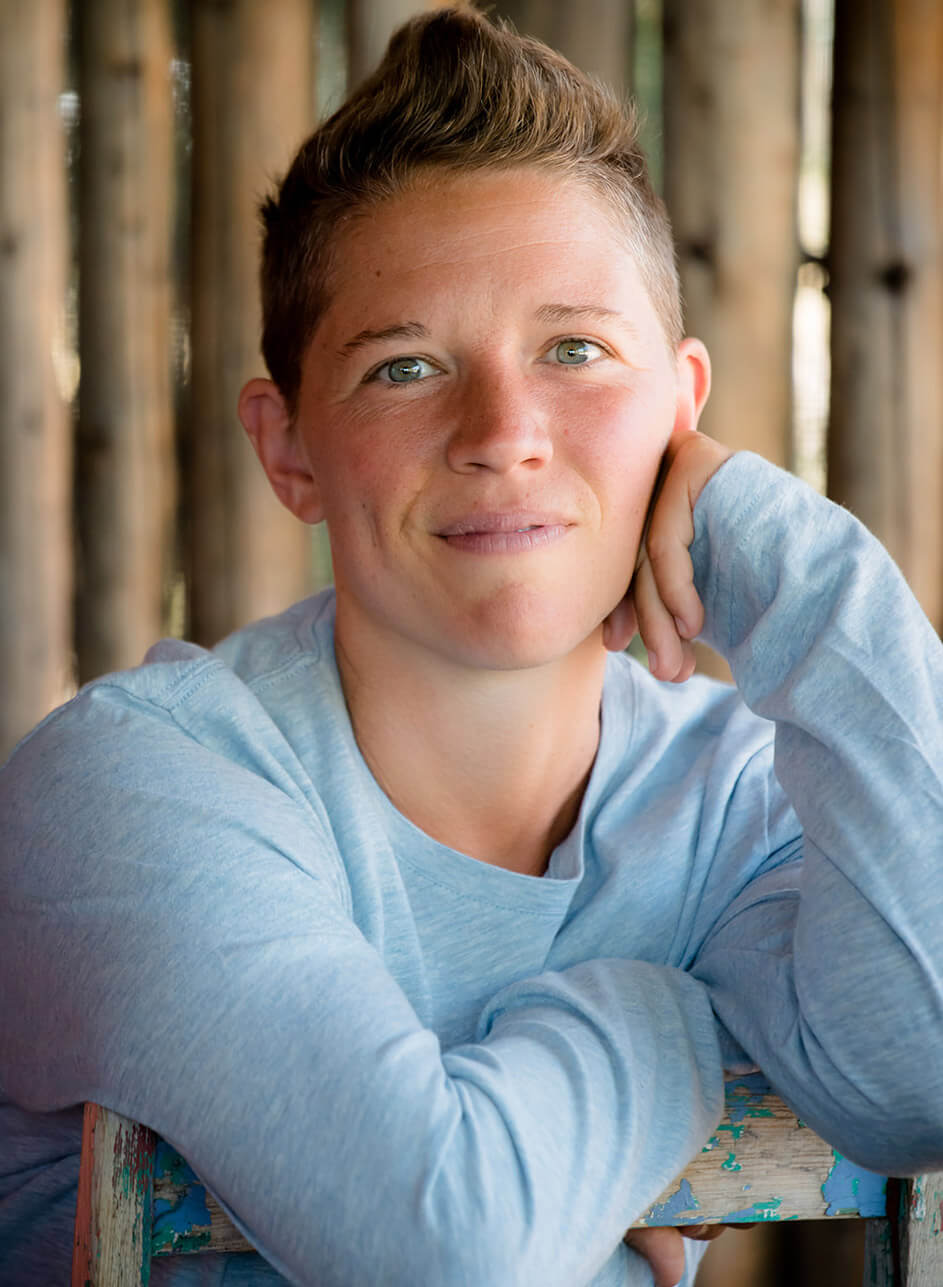 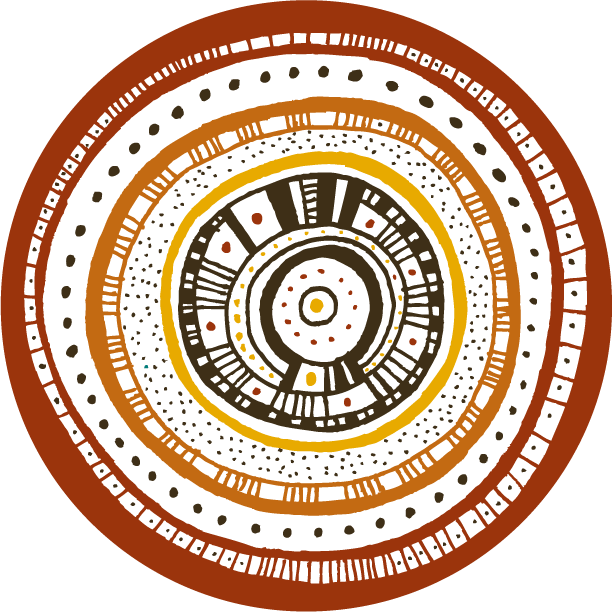 With over 12 years experience as an alternative healer, integrative health coach and one who has been through severe physical injury trying every remedy under the sun to heal myself with no avail…I’m here to tell you, all of those things are not only attainable but are foundational to achieving optimal health and are core elements to overcoming all chronic and stubborn diseases.

At the age of 23 I suffered a TBI (Traumatic Brain Injury) preventing me from the ability to engage in physical activity for over 12 years post my car accident. Today, I know I could have recovered from this injury much quicker if I had known then what I know now! But….the accident lead me down the healing path. A path that I was destined to take to help myself heal and to learn how to help others heal complicated and chronic disorders as well.

During this time, I learned two things: How to harness the healing power of sunlight and how to utilize frequency based medicine to facilitate biological transformations in the body - all the way down to the mitochondrial level.

Today, I lead an active life and you can bet I’m uber passionate about teaching others how they can overcome even the most daunting health experiences that most medical professionals have band-aid solutions for, at best. 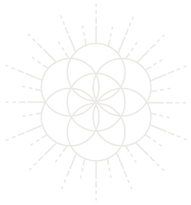 And today, my health continues to improve each day and I now lead an active, healthy lifestyle - all of which I thought would never be possible to achieve again. All it took was discovering the most effective path to health and healing to get me there and now, to help my clients get there as well!

Read More About Me > 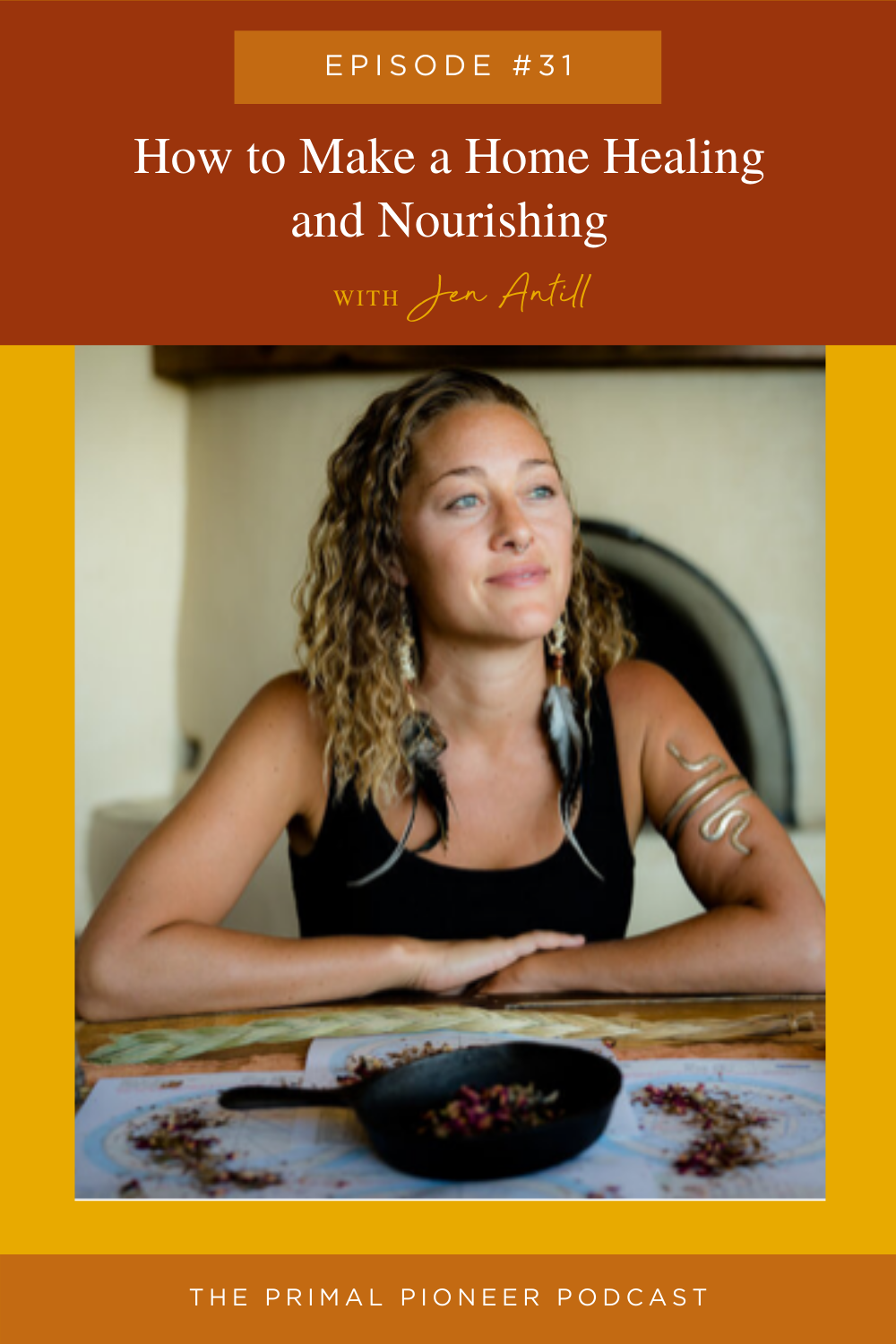 How to Make a Home, Point #4: Wifi is a big issue. Wifi gives out millions to billions of microwave pulses each second.

When it comes to making your home a nourishing space, take into consideration wifi. Wifi is a big issue, it gives out millions to billions of microwave pulses each second. Essentially, you are living in a microwave oven. This doesn’t mean you can’t have wifi, but there are ways to work with it. So one of our quests when it comes to home is being in a place that doesn’t require satellite dishes. The satellite beams right down to the dish and your whole home gets that beam. This is how a lot of us get cable TV now. The home we are buying had a satellite dish and we asked the sellers to remove it, it’s just about taking those extra steps.

These are things to take into consideration, you don’t want satellite dishes on your home and you want to hardwire your internet. You can use the internet without being blasted with those microwave frequencies. Community and relationship is a huge part of health, and although we advise distancing from cell towers, that doesn’t mean you have to live in isolation. Choose where you want to live and make the place sacred. Make the place healthy and safe. Of course, you don't want to live right under a cell tower but if you can get at least a mile away or so, distance is your friend when it comes to this.

I hope you enjoyed this episode based on my journey with Jen on finding a home that is healing and nourishing. I know a lot of my listeners are looking for ways to support their health, I hope this episode inspired you all on how to make your space more healthy and bring more attention to it. When you have symptoms that come out of nowhere, you want to question things and become more attentive to your surroundings.

If you enjoyed this episode, I would appreciate it if you took one minute to rate and review. Each review helps more people just like you learn the deeper truths about health, healing, and what’s driving our epidemic rates of poor health today. Don’t forget to take a screenshot of the episode, share it on your Instagram stories, and tag me @sunlight_rx. Thanks for tuning in and see you next week!

Breath by James Nestor: an amazing read and deep dive into mouth breathing vs nasal breathing and how to improve your breathing to support your health.

Be featured on The Primal Pioneer Podcast

If so, Heathar wants to learn more!